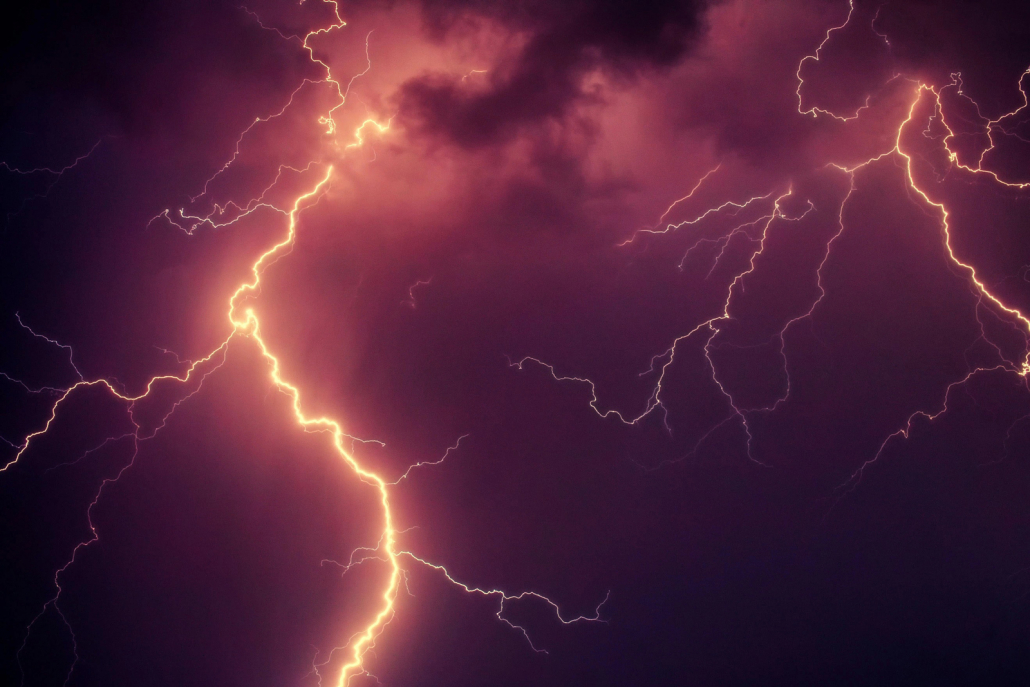 Image: There are, on average, approximately 100 lightning strikes per second across the planet (photo by RooM the Agency/Alamy).

‘The place of faith and understanding’

One of my earliest memories is Christmas Day 1974. I remember hearing the news …

Cyclone Tracy hit Darwin in the early hours. It was one of the most destructive cyclones ever recorded in Australia. Wind gusts reached 217 kilometres per hour before the anemometer (weather measuring device) was destroyed.

Joan Allridge, Vice President of the Red Cross in Darwin, sheltered under her kitchen table with two other adults, six children, one cat, four kittens, one dog and three birds. “The house fell down around us,” she said. “It was terrifying, the wind roaring … We were freezing cold.”

The cyclone caused A$837 million in damage (1974 dollars), or approximately A$7.2 billion (2022 dollars). It destroyed more than 70 per cent of Darwin’s buildings, including 80 per cent of houses. It left more than 25,000 out of the 47,000 inhabitants of the city homeless prior to landfall and required the evacuation of over 30,000 people. After the storm passed, the city was rebuilt using more stringent standards “to cyclone code”.

Five-time Archibald finalist, Blak Douglas, was awarded the prize this year. The Dhungatti artist depicted his good friend, Wiradjuri artist Karla Dickens, in the context of recent floods in her hometown.

“It just happens that I was there in Lismore immediately after the first deluge in February and saw the shock and horror on people’s faces,” Douglas said. “Karla had just reached a pivotal point in her career and almost immediately the flood catastrophe happened. So, when she should have been excited about where her career was going, she was harbouring three families in Lismore as part of her own rescue mission.”

Dickens said: “The painting, ‘Moby Dickens’, shows a grumpy white sperm whale in muddy water ready to rip the leg off any fool with a harpoon who dares come too close. The painting not only has an incredible likeness to me and my mood in the last months, but this killer work pays homage to each and every person who has found themselves knee deep in mud, physically, emotionally, mentally and financially after the natural disaster that has destroyed so many lives in the Northern Rivers of NSW and beyond.

Pakistan is facing an unprecedented flooding disaster, with most of its provinces experiencing significantly higher than average monsoon rainfall in 2022. Inadequate physical infrastructure and poor disaster preparedness have exacerbated the crisis. Unprecedented flooding and associated losses will worsen Pakistan’s economic and political challenges, perhaps making militant activity likelier in some areas …

The floods have affected 33 million people and killed almost 1,400, washing away homes, roads, railways, livestock and crops … Both the government and the UN secretary general, António Guterres, have blamed climate change for the extreme weather …

The electricity station in the district of Dadu in the southern province of Sindh, one of the country’s worst affected areas, supplies power to six provincial districts. Troops are busy strengthening a dike built in front of the station.

On Monday, a dust storm in nearby Sehwan town uprooted hundreds of tents pitched at roadsides by people made homeless by the floods, as a fresh spell of rains expected in the middle of the month begins to set in.

“If rains come, where would we go – we are sitting under open sky, we don’t know what to eat, what to cook,” said Muhammad Hasan, one of those affected by the storm. “All the tents got uprooted by strong winds today, we do not know where to go. We are desperate.”

UN agencies have begun work to assess the South Asian nation’s reconstruction needs after it received 391 millimetres of rain, or nearly 190 per cent more than the 30-year average, in July and August.

Storms can be epiphanies (events of sudden realisation or revelation) if not theophanies (manifestations of divinity). We have all the information we need. The answers, my friends, are blowin’ in the wind … all around us, calling us to care wisely (for one another, for the Earth in all its electric glory), to create and build wisely (to help build resilience and biodiversity), to live and love wisely. Amen. 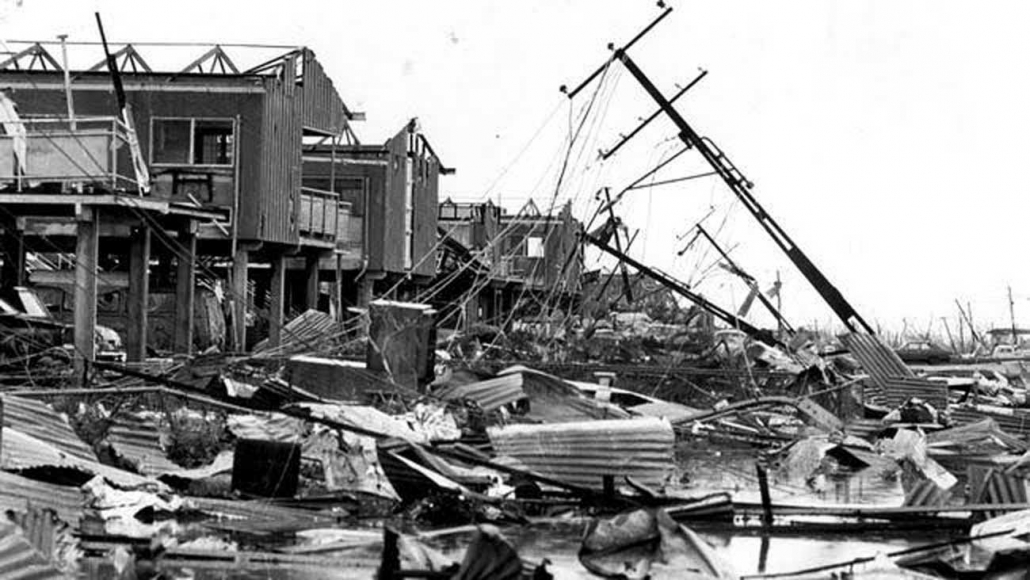 Image: Cyclone Tracy hit Darwin in December 1974, killing 71 people and devastating 80 per cent of the city. In the days and weeks after the disaster most of the traumatised population were evacuated from Darwin. In February 1975 the Australian government established the Darwin Reconstruction Commission, which rebuilt the city over the next three years. Because of the cyclone, new building standards were brought in around Australia to make sure that buildings were better able to survive disasters. 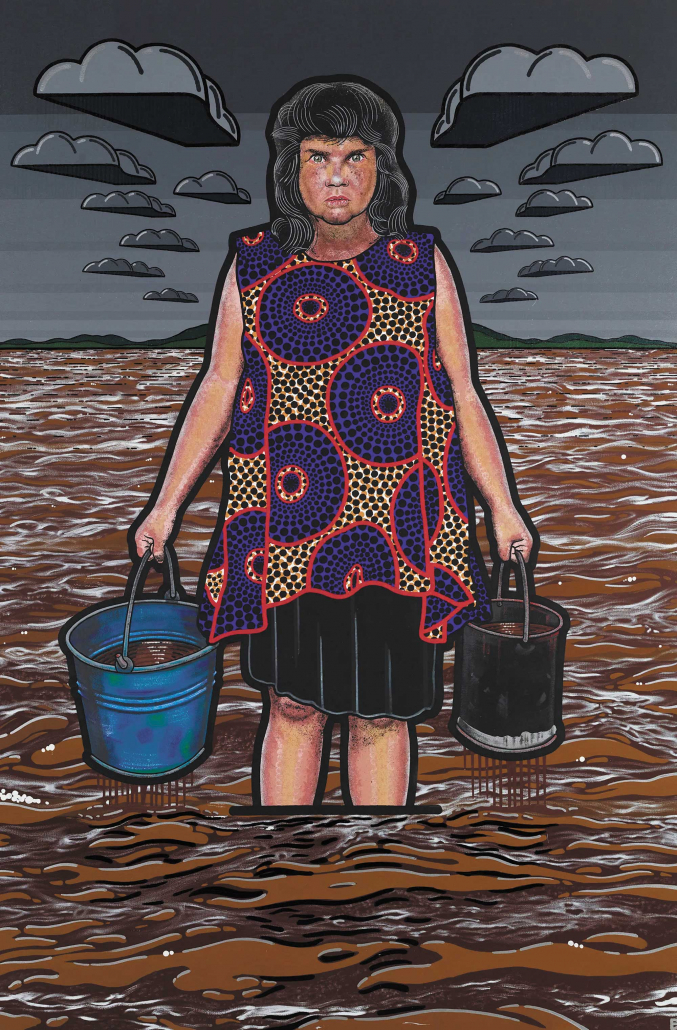