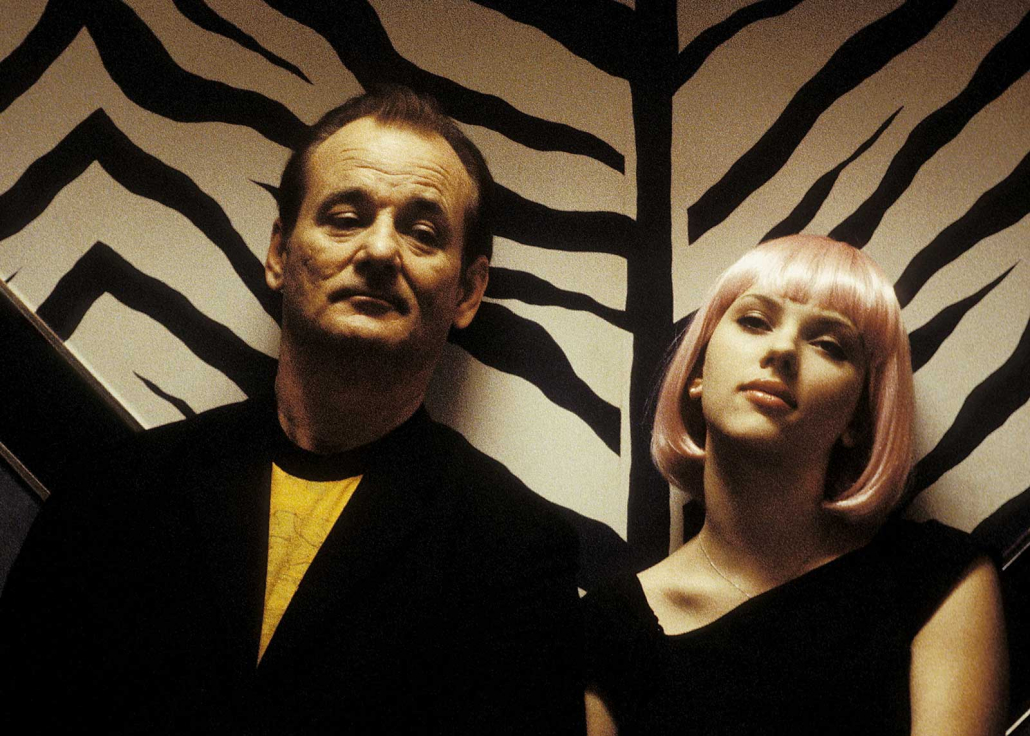 “I once was lost, but now am found …” sings a former slave trader (John Newton, 1725-1807). Another hymn writer concludes a poetic account of salvation/new creation with the beautiful line: “Lost in wonder, love and praise” (Charles Wesley, 1707-1788). It’s at least as complex as this.

Lost time is cause for regret and despair. It can also be productive (as anyone who loses herself in gardening, singing, painting, walking, conversation or prayer will gladly attest).

The parable of the lost sons calls to mind Sofia Coppola’s film, Lost in Translation (2003).

Estranged Americans, Bob and Charlotte, each a little lost in Tokyo, spend a week together … talking and walking, eating and drinking, singing karaoke … and discover surprising friendship – new possibilities, new modes of being-together …

The film celebrates an aspect of alterity/otherness which – precisely as foreign and sacred – remains partially unassimilable and inaccessible to a normative or normalising grasp (critics praise the film as unconventional romantic comedy).

Something meaningful is shared between younger and older person, host and guest, east and west. There is hospitality, understanding, companionship. But what is lost in translation – surplus of meaning, mystery of goodness – matters too.

The final scene finds Bob whispering in Charlotte’s ear before the two characters part ways. The audience does not hear what is said. The scene/film means more than is seen or heard.

The director comments: “Just acknowledging that week meant something to both of them and it affects them going back to their lives.” A whispered word as ineffable genesis point – source of blessing, great prayer of thanksgiving, illumination, meditation …

We might wonder about the father and brothers in Jesus’ parable (the open ending invites wonder). What remains unsaid, in some sense lost? What might they, at parable’s end, have to share with one another? What might they discuss, confess, reconsider?

What might they discuss, confess, reconsider with regard to their own family – including patriarchal inheritance laws, absent women, long-suffering hired hands/slaves and sacrificial animals? With regard to economics, the world beyond the security of wealth and property? With regard to sex work, suffering and hospitality, forgiveness and celebration (freedom with and for others)? It’s at least as complex as this.

What else, what more is called to mind?

The homiletic midrash Pesiqta Rabbati (9th century) preserves a rabbinic parable that deals with the theme of repentance. “‘Return, O Israel, to YHWH your God’ (Hosea 14:2). The matter may be compared to the son of a king who was far away from his father – a hundred days’ journey.

His friends said to him, ‘Return to your father!’ He replied, ‘I am not able.’ His father sent him a message, ‘Come as far as you are able according to your own strength and I will come to you the rest of the way!’ Thus the Holy One Blessed be YHWH said, ‘Return to me and I will return to you’” (Malachi 3:7) …

We might imagine Jacob (Israel itself) lost, dreaming, wrestling, wandering, found, finding. Or Jonah lost at sea. The prophet’s journey from reticence to exuberance.

We might imagine Creation itself in terms of leaving home/heaven, in terms of prodigal/generous spending, in terms of reconciliation/homecoming. There is the movement, the self-emptying (kenosis) of Abba/Amma God into the world. There is the embodiment of the Logos. Jesus giving and giving up the Spirit. It’s at least as complex as this.

Or, we might imagine Christianity as creative response to trauma … being lost in empire, getting lost in gnostic or capitalist fantasy … finding its way (back, again, anew) from arrogance to reverence – respect, care for the earth as common home. Lost in love for the world.

Lost in love for the world. May it be so. For Leela’s sake, for Christ’s sake, may it be so. Amen.

‘How do we show our devotion?’
Scroll to top