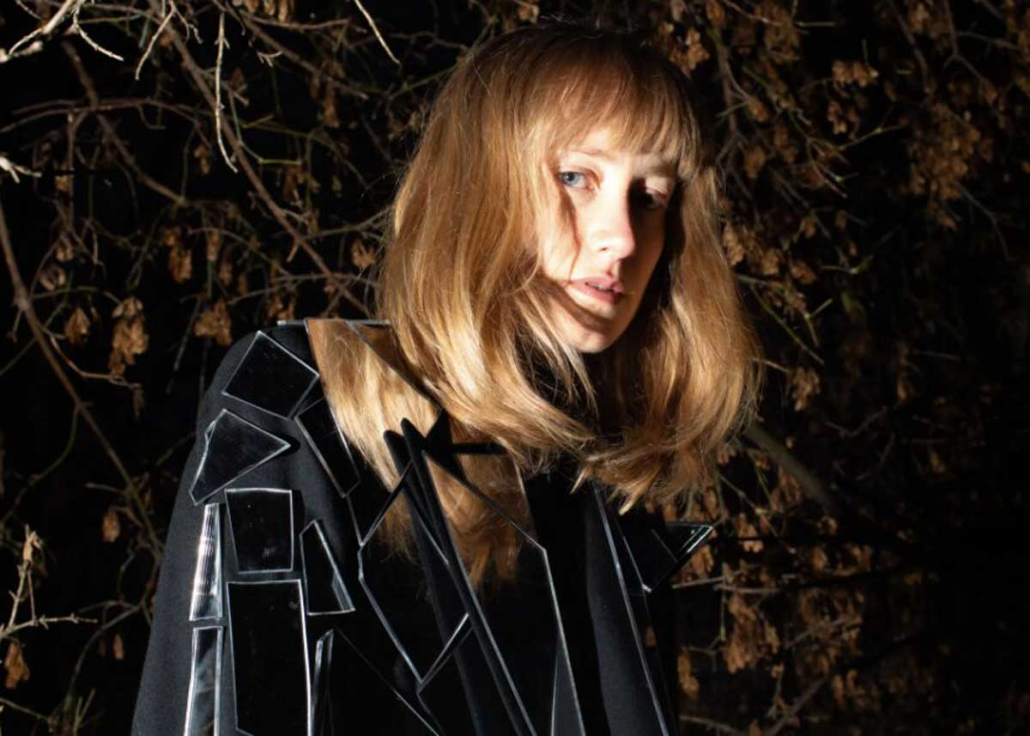 The Weather Station, 2021.
Photo: Courtesy of Fat Possum and Next Door.

Far from being an exclusive “guru” figure dispensing eternal wisdom, John’s Jesus invites all who see and hear him to join him in humility as the One who goes to the cross, united with Abba God in redemptive suffering for the world.

When I see that someone has found a home in the church (“on the vine”), that someone is finding liturgy and community meaningful and life-giving, I am moved to thanksgiving (Eucharist) – I am also “pruned”, prepared for new life …

I’m listening to a record by Canadian folk-rock outfit, the Weather Station (aka Tamara Lindeman). Ignorance is a suite of songs already regarded one of 2021’s very best.

Singer-songwriter Tamara Lindeman was raised in Toronto where she learned to recognise animal tracks in the snow. But as a child, she tells the Guardian’s Laura Snapes, she would struggle to sleep at night, terrified and angry at what was then known as global warming. She grew to avoid the problem, especially once she started touring as a musician of some renown. “It brings up really heavy feelings of sadness and anxiety, and shame and guilt: I was one of the bad guys.”

In 2018, back home after a long stint on the road, Lindeman became newly obsessed. The Intergovernmental Panel on Climate Change published its report warning of the effects of a 1.5-degree temperature increase; Greta Thunberg began her protest.

“I saw my young self in her,” Lindeman says. After months spent reading about the environment made her “a little crazy”, she concluded that showing up was more important than feeling guilty. She organised some talks in Toronto, petitioned her representatives and attended rallies …

To be one with Christ in his humility means to make sense of the suffering he endures. What action is best suited to redeeming/including the errant/violent/ignorant ones?

Ignorance conveys a depth of feeling. “I never believed in the robber/ I figured everything he took was gone,” Lindeman sings on “Robber”, a song about the world being so devalued that its destroyers escape scot-free.

With fearful lyrics juxtaposed against an ambitious, even romantic musical vision, the album’s expansiveness acts like a gesture of hope and determination.

Lindeman speaks of being “humbled” by the climate crisis and says the process of making the record involved breaking up with the “western, solitary-man narrative that pervades country and Americana. Questioning this narrative that my younger self had adhered to, of travelling and being alone as being free. I now put much greater emphasis and value on connectedness as being the highest truth …”

In an interview with Will Schube of GQ magazine, Lindeman extrapolates:

“Sometimes my songs come from my surroundings. I’m not always sure whether it’s my feelings or the feelings around me that I’m writing about. On this album, I did actively think a lot about how music moves in the world and what it does …

“Following climate thinkers and reading their work, I learn all of these new thoughts about de-growth, value, and what it means to be alive. It encourages me. It takes me right to the heart of everything I care about. I actually feel a lot saner than I did when I was trying to pretend it wasn’t going to happen …”

Far from being an exclusive “guru” figure dispensing eternal wisdom, John’s Jesus invites all who see and hear him to join him in humility as the One who goes to the cross, united with Abba God in redemptive suffering for the world. Amen.