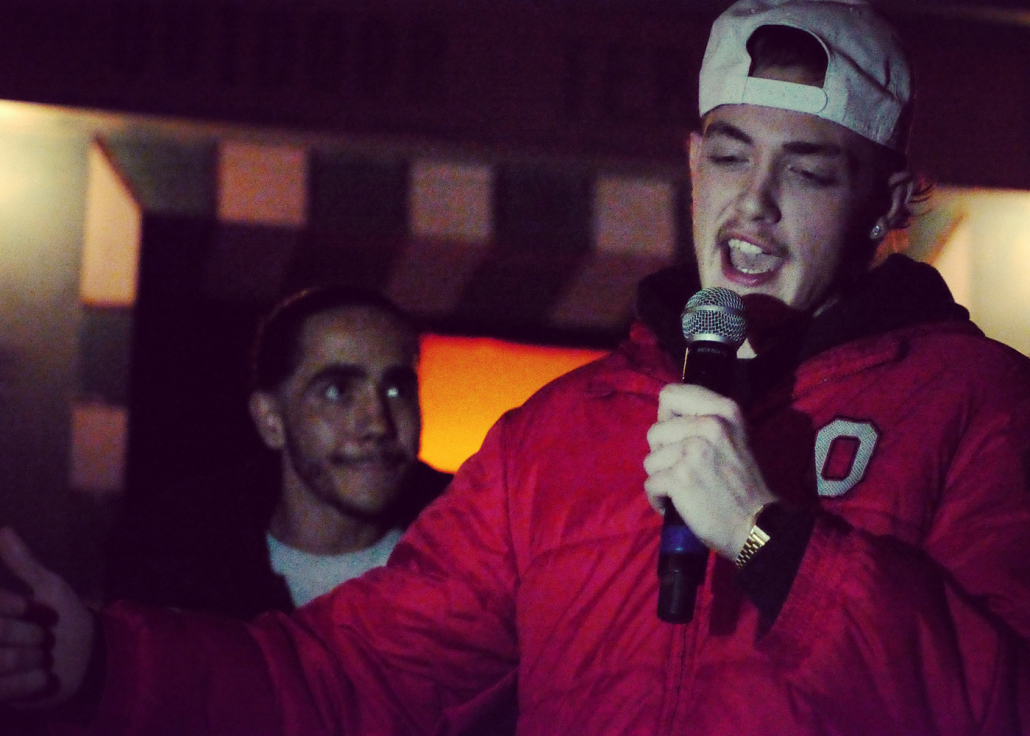 YHWH says, “I am going to measure my people Israel by plumb line. I will no longer excuse their atrocities.” The plumb line, the vertical measure, is social and ecological justice, equity … safety, freedom for one another … true love.

Our gospel reading also features a vertical measure – the steep way down, the road from Jerusalem to Jericho. Jesus tells a parable about this way. The road is a test of social conditions. Dangers abound – for travellers as for religious observance.

Jesus tells the parable in response to a “religious” question.

Negotiation may entail relating to one or other figures in the parable. Am I, too, a wounded traveller, one of the robbers, the priest or Levite? Am I the Samaritan (outsider, role model), the innkeeper (host, helper), trusted ally or bystander?

Do my religious commitments increase or diminish my capacities for ethical existence, for joyful existence?

At different times, as Abner points out, we face distinct risks and dangers, and various opportunities present themselves.

On Thursday night Catherine, Adrian and I attended the debut performance of hip-hop outfit Waterloo Crew. WLC is three friends, William, Charlie and Ollie – two Indigenous and one non-Indigenous – rhyming, riding their own steep learning curve … interweaving raps, laughing … embodying this year’s NAIDOC theme: Get Up! Show Up! Stand Up! … with swagger and camaraderie (using smart phones as spotlights), with love for family, community, country.

This month our Gospel Conversation groups are discussing the Parable of the Good Samaritan in light of Vincent van Gogh’s late work of the same name.

The 19th-century masterpiece revisits the parable by way of Eugene Delacroix’s depiction (painted some 40 years earlier). A faithful rendition (certainly respectful), the new work repeats Delacroix’s composition (the steep gorge, the long and winding road) but inverts it.

Like an inspired musical performer, van Gogh interprets the work he loves, fills his canvas with expressive, swirling colour. Warm yellow and gold bears witness to love of nature – the world, to quote a 19th-century poet, “charged with the grandeur of God” (Hopkins).

Neither terrain nor pack-animal is backgrounded. Everything takes part in the loving and lifting up. In a text-conversation during the week, Alison Bleyerveen referred to Creation “holding the holding”.

The gospel teaches more than lofty ideals. Our capacities for ethical and joyful existence increase in light of Creation, in response to the Gift. And we receive more than we give.

Van Gogh helps us (my wounded eyes) to see again. It’s all there in the parable, in Jesus (whose story/society exemplifies goodness).

The care for neighbours – practical and sensuous. Attentive, sensitive – a lover’s care calls to mind the extravagance of a woman who pours out precious ointment (soothing, fragrant) upon the body of One maligned and marked for death (Luke 7:36-50 and quasi-parallels).

The care for neighbours – personal, communal, cross-cultural. A “passionate compassion” (Anne Elvey) calls to mind the Samaritan woman at the well (John 4:4-26). When Jesus needs a neighbour (he is tired and thirsty), she is there … offering spiritual intelligence – playful, philosophical, astutely political – sharing his concern for reconciliation and for true worship (that is, non-idolatrous love).

These, it hardly needs saying, are scandalous tales.

“Go and do the same,” says Jesus. And we are drawn (again) to a place where neighbours feel and befriend, touch and tend, find their way and follow through … where neighbours and neighbourhoods are transfigured …

And we receive more than we give. Go and do the same means don’t resist, don’t miss out, join in. Amen.

Drawing and painting in July